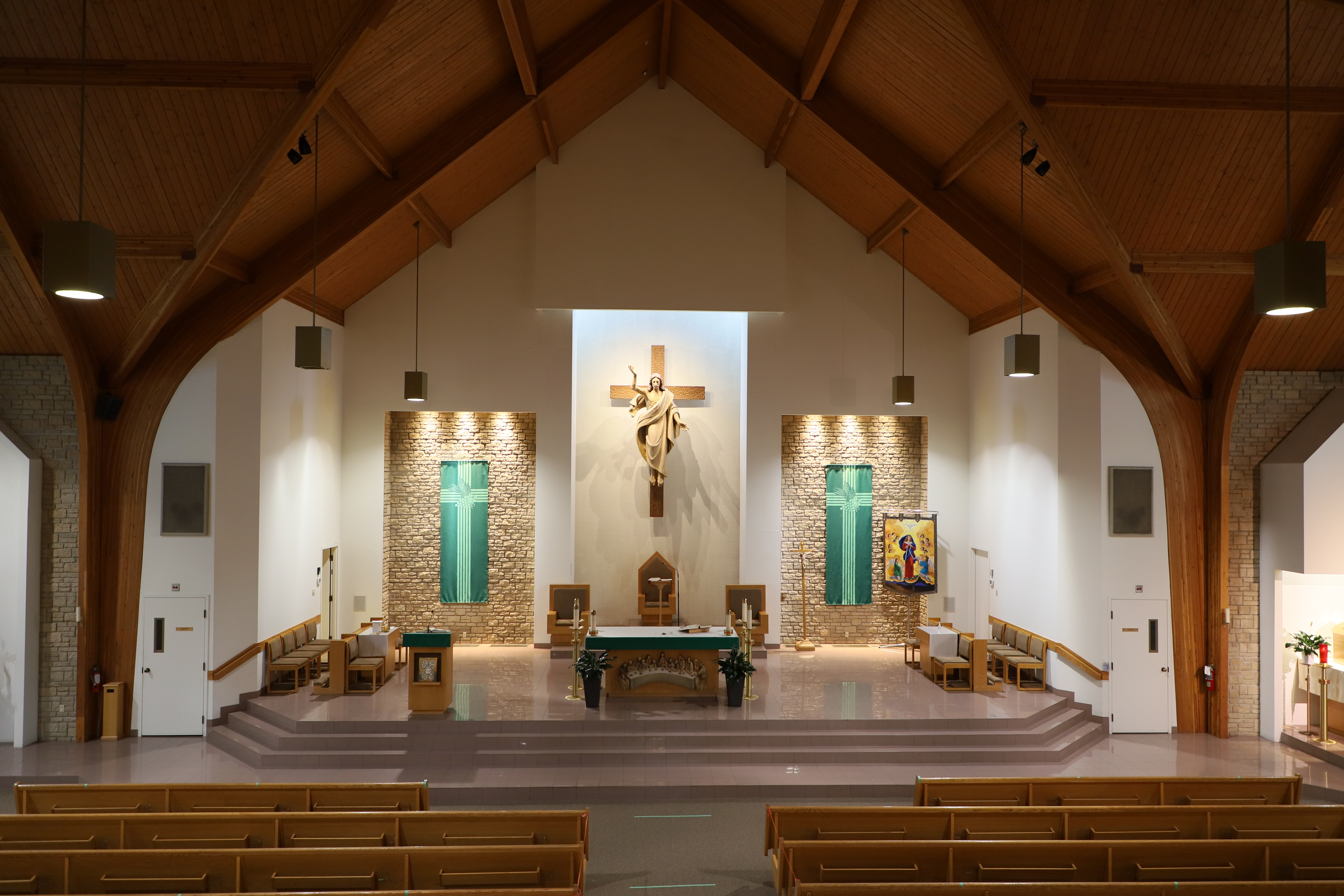 1983—The Archdiocese of Toronto decided to divide the parish of St. Anne in Brampton.

June 30— The parish of St. Leonard was established by His Eminence G. Emmett Cardinal Carter, Archbishop of Toronto. Fr. Keith Callaghan was appointed to be the first Pastor.

A rectory was purchased at 75 Reynier Drive and with the help of St. Anne’s parish and the Knights of Columbus, a chapel and a meeting room were constructed in the basement of the rectory.  The chapel was used for daily mass and other devotions.

September 4—The first parish Mass was celebrated in the gymnasium of Sacred Heart School.

Many parishioners volunteered for the various ministries, committees and groups which were an integral part of parish life and community.  St. Leonard’s parish began to grow in strength and numbers as well as in its spiritual life and social activities.

1984—The children were prepared for the various sacraments.

Later that year, the new St. Leonard School was established for the growing number of children in the area.

1985—With the completion of St. Leonard School, it was decided to move to move the parish facilities there since the church property would be located next to the school.

May 5— The first Mass was held in the gymnasium of St. Leonard School on Sunday.  Many visiting priests came to help on weekends including Most Rev. John Boissonneau, who is now the Bishop for the Western Region of     Toronto.

Fall of 1985—The Heart Lake Council of the Knights of Columbus was established.

1986—A 50-member building committee was formed with a two year mandate to plan for the new church.  Parish Finance Council was established.

April—Domenic Amato, the architect, completed the plans of the new church.

June 25—The blessing of the Site and Ground Breaking Ceremony was celebrated by Most Rev. Pearse Lacey, Bishop of Toronto.

December 8—The first Mass in the Church was celebrated.

June 9—The Solemn Dedication of our church took place with His Grace Most Rev. Aloysius Ambrozic, Archbishop of Toronto as the main celebrant.  Close to 1,000 people attended.